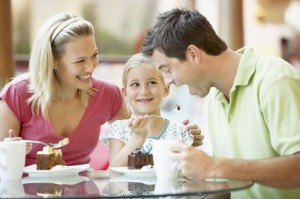 Where to live is the first decision you’ll have to make when you’re moving to Minneapolis. The choice depends on what you want out of your home. Floorspace, walkability, local businesses, and nearby lakes all vary, depending on the Minneapolis neighborhood you choose. Homebuyers with kids, though, often look for the areas where other families live, since that often indicates safety and good school districts. If you’re moving to Minneapolis with your family, consider homes in one of these neighborhoods where other families thrive.

That title is sort of official. At the end of last year, streets.mn, a source for transportation and land use news in Minnesota designated Kingfield as the best Minneapolis neighborhood for families. The competition, streets.mn acknowledged, was tough, but ultimately Kingfield beat out the other top contenders for its schools, businesses, and profusion of families. Local coffee shops like Anodyne and Butter are renowned for attracting families, and most restaurants in the area run out of high chairs before tables. The Kingfield Farmers Market also attracts hundreds of families each week, local residents and faraway parents alike. Many young Minneapolitans have made the area a great place for their families, efforts which have attracted more and more families moving to the Twin Cities.

2. Longfellow: The Best Neighborhood in Minneapolis

Again, that designation carries some authority, since City Pages chose Longfellow as the overall best neighborhood in Minneapolis in 2013. A few years ago, the same publication selected Riverview Café, a Longfellow coffee shop, as the best place in the city to meet other parents. Around the same time Howe, the elementary school closest to the café, shut down due to low enrollment, and the area’s future as a family neighborhood seemed doubtful. In the past five years, though, families have continued to flock to Longfellow for its annual Art Crawl, charming bungalows, and diverse local businesses, in such numbers that Howe Elementary has reopened, and the school district is thriving.

It may not have a title like Kingfield or Longfellow, but Nokomis remains a popular neighborhood for families—and it found itself among the contenders for the Best Neighborhood for Young Families award. According to figures derived from the latest census, over a fifth of Nokomis residents are children enrolled in K-12 schools, 7.8% more than the Minneapolis metropolitan average; and nearly half of all households in the area are families. These higher concentrations have led to a plethora of family-friendly businesses and recreational facilities catering to parents of young children. The schools in the area are similarly strong, so if you’re moving to Minneapolis with kids and trying to help them adjust, Nokomis is a great choice to ensure they meet neighbors their own age.

To continue searching, you must agree to the Terms of Use.

For the best experience, please provide your cell phone number and select accept below to opt-in to our Terms & Conditions and Privacy Policy to begin receiving text and voice communications.

or make a new notebook

See local market activity affecting the value of
your home & maximize your investment.

We just need your phone number to finish creating your account.